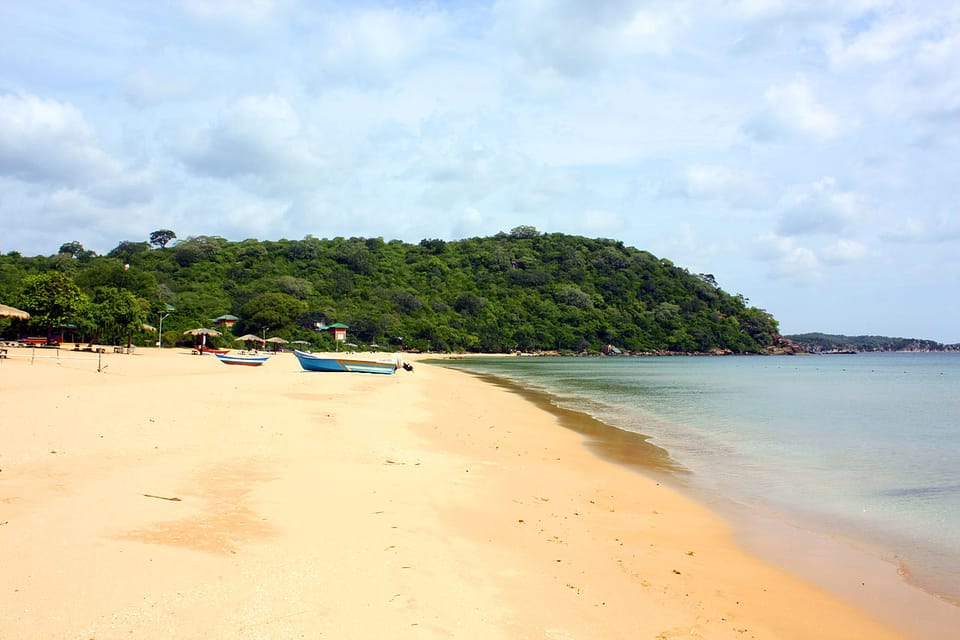 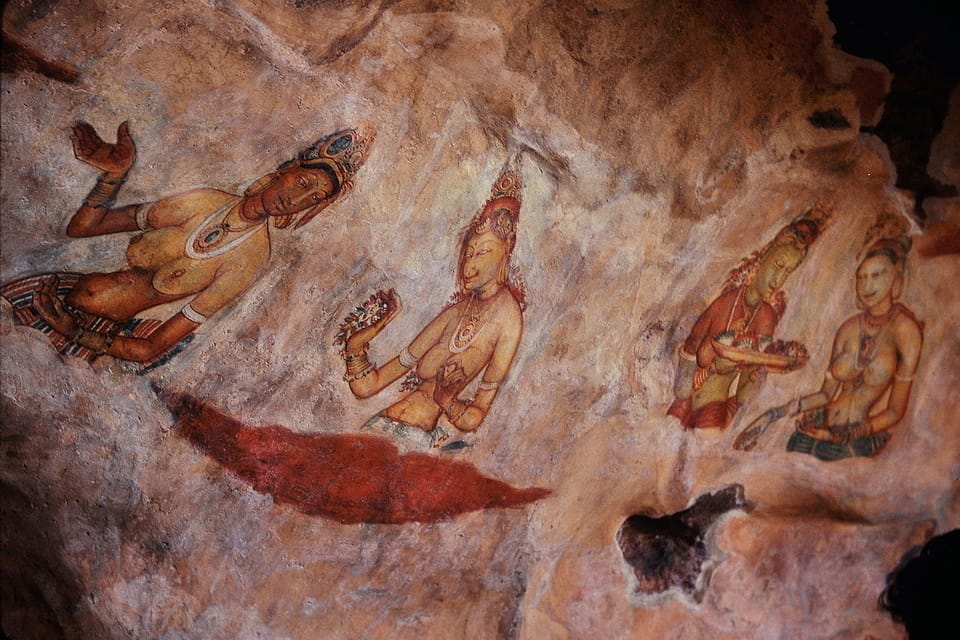 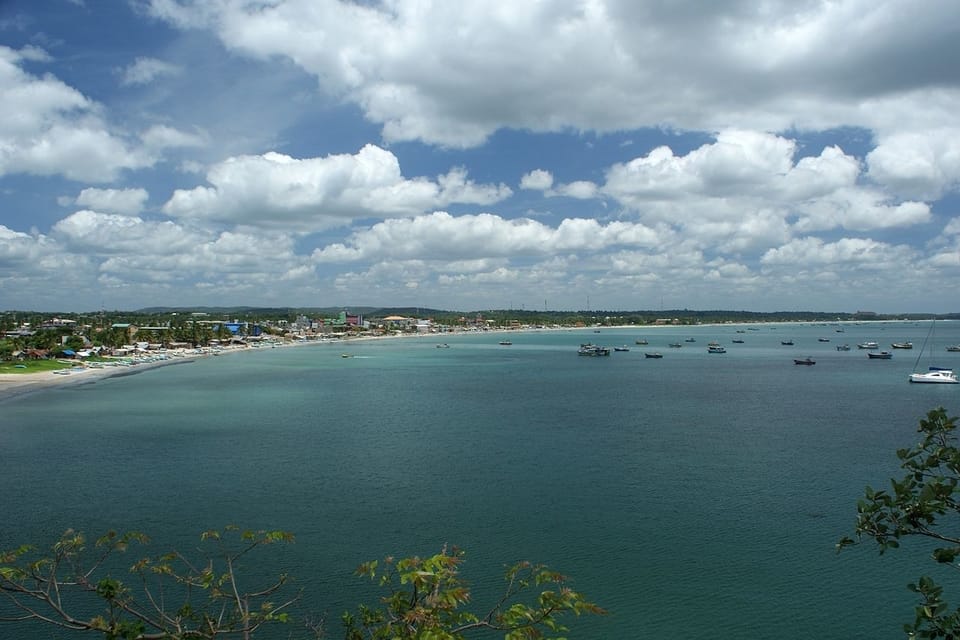 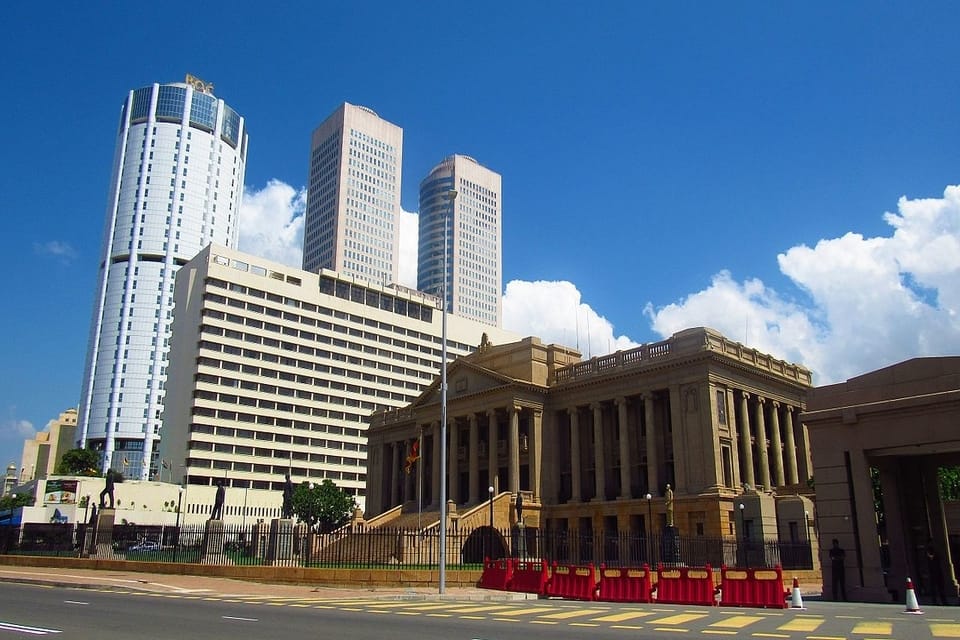 Day 01: AIRPORT PICK UP – SIGIRIYA
On arrival at the Bandaranayake International Airport, you will get your first taste of warm Sri Lankan hospitality. Our representative will welcome you at the airport and transfer you to the Hotel in Sigiriya. En-route visit Munneswaram Temple / Manavari Temple.

Munneswaram temple is an important regional Hindu temple complex in Sri Lanka. It has been in existence at least since 1000 CE, although myths surrounding the temple associate it with the popular Indian epic Ramayana, and its legendary hero-king Rama. The temple is one of five ancient temples (Ishwarams) dedicated to Shiva in the region. The temple is in Munneswaram, a village with mixed Sinhala and Tamil population situated in the historic Demala Pattuva (“Tamil division”) region in the Puttalam District.

Manavari, about 6 kms north of Chilaw, is the first place where Lord Rama installed a Lingam, as a remedy to Lord Shiva after committing Brahmincide by killing the King Ravana who was a Brahmin. This Shiva Lingam in Manavari is called Ramalingam because it was made by Lord Rama. There are only two Lingams in the world named after Lord Rama, the other is in Rameswaram in India.On completion proceed to Sigiriya. Check-in to the Hotel & spend the day at Leisure.

Trincomalee is situated in the Trincomalee district. The famed Trincomalee harbor is also located here. Further, many historical kovils are found here, visited by many Hindu and Buddhist devotees. The famous hot springs, whale watching, clean and shallow beaches are some of the other tourist attractions. Nilaveli is situated on the North West of Trincomalee and has one of the best beaches. Tourist industry is blooming here once again after the end of the civil war. Airforce and domestic airport is found at China Bay in the South West part of Trincomalee. Visit Thiru Koneswaram Temple / Shakthi Peetam.

Thiru Koneswaram is a wonderful temple located on a rock promontory of Trincomalee. It was built by Rishi Agastya on the instructions of Lord Shiva who was impressed by the devotion of King Ravana. This place is unique in this respect because the Lord built a temple for his devotee as a reward for his devotion. Lord Rama is believed to have offered his prayers here, too, in order to get rid of the malediction of killing Ravana who was a Brahmin, meaning Brahmahasthi Dosham. The famous temple built here during the glorious era of the Tamil Pallava and Chola and Pandya empires, was destroyed by bigoted Portuguese Christians between 1622 and 1624.

Morning climb Sigiriya is situated in the Central Province of Sri Lanka close to Dambulla. It is a fortress complex of a ruined palace and one of the World Heritage sites declared by UNESCO. Undoubtedly the most treasured historical monument in Sri Lanka and probably the most visited tourist destinations in Sri Lanka, the most looked forward feature of the fortress is the frescoes. Another fascinating detail is its mirror wall.

On completion proceed to Mahiyanganaya. En-route visitSita Kotuwa.This is the place where the city of Lankapura once stood. The city had a beautiful palace for queen Mandothari surrounded by waterfalls, streams and varieties of flora and fauna. Seetha Devi was kept in this palace until she was moved to Ashoka Vatika. Seetha Kotuwa means Seetha’s fort and got its name because of Seetha Devi’s stay here.

Check in to hotel and rest of the day at leisure. Mahiyangana is situated in the Uva Province of Sri Lanka. This town is dominated by Buddhists. It is believed that Lord Buddha’s first visit to Sri Lanka was to this city and an ancient Buddhist Temple named Mahiyangana Maha Viharaya was built on this site by the rulers at that time.

Proceed to Early Morning Catamaran Ride in Sorabora Lake. Enjoy the breathtakingly beautiful views of the blue waters and, if lucky, catch the moment when a diving bird plunges into the water and jumbo drinking water besides the lake. Whilst at the lake, watch as the local fishermen use a traditional form of fishing to enclose the fish and bring it ashore. With many years of practice, the task is done with great skill and ease that it seems more like an art form for a fishy snack. After over 30 minutes of sailing across the lake, we head towards the local fish market located at the edge of the lake. Watch as the locals come by to view the lake fish available, haggle over the price and head home with some fine Lake fish. After visiting the market, it’s time to head back to the boat and head towards where we initially set sail. When the hunger pangs kick in, it’s time for breakfast with a view. Head over to the top of the Sorabora Rock where our chef will await your arrival to cook up a freshly prepared, delicious breakfast.

On completion you will start to explore two hidden water falls in the area.
Embark on a 2-kilometre hike from the Rathna Ella village to witness the majestic Kaluwa Wetuna Ella waterfall. This 30-meter waterfall lies deep in the jungle and makes for a great hike that’s loved by all nature enthusiasts
The destination of our hike takes us through the lush forests of Mahiyangana to reachthe Rathna Ella waterfall. The route is about 3.5 kilometerslong, but the destination is wellworth the journey. The 101-meter waterfall is the highest in the Kandy region and one of themost beautiful waterfalls in Sri Lanka.

En-route visit Veddha’s Village Dambana. The term “Wedda” translates to “people of the forests” and members of this indigenous community have been taking refuge in the Dambana forest for centuries. Learn more about their fascinating lifestyle of a forest dweller and how they have adapted to the changing times.

On completion proceed to Kandy. Kandy the popular charming hill capital of Sri Lanka is surrounded by hills, valleys, rivers, lakes and waterfalls. It is the cultural center of the island and a UNESCO heritage city. The sacred tooth relic of Lord Buddha is enshrined at the Dalada Maligawa, the temple of the tooth. While in Kandy, a visit to the Royal Botanical Gardens is a must where you can see around 4000 species of plants. The arts and crafts center in Kandy, the main Buddhist monasteries Malwatta and Asgiriya Monasteries are places that must be visited. Kandy is a great place for souvenir shopping and to learn about its rich culture and history.

Visit Temple of the Sacred Tooth Relic. TEMPLE OF THE TOOTH RELIC – ever since 4th Century A.D, when the Buddha’s Tooth was brought to Sri Lanka hidden from sacrilegious hands in an Orissan princess’ hair, the Relic has grown in repute and holiness in Sri Lanka and throughout the Buddhist world. It is considered Sri Lanka’s most prized possession.

Day 06: KANDY – NUWARA ELIYA
Breakfast from Hotel. Check-out. Transfer from Kandy to Nuwara Eliya.En-route visitHanumanji Temple and Tea Plantation. Hanuman Temple – This is holy temple from the Epic Ramayana period made here in the memory of Hanuman who stayed at this place before rescuing Seetha from the Seetha Eliya where there is Sri Seetha Amman Temple today. On completion proceed to Nuwara Eliya.

Nuwara Eliya is a city in the hill country of the Central Province, Sri Lanka. The city is considered to be one of the most important locations for tea cultivation and well known for its cool climate being the coolest area in Sri Lanka. Many of the buildings have still preserved features from the colonial period. Many private homes have also maintained their old English-style lawns and gardens. The town wakes up with many activities in April for the Sinhalese and Tamil New year. Main allure during April season include the motor and horse racing events.

Seeta Amman Temple, the temple is in the village of Seetha Eliya (also known as Sita Eliya). This place is believed to be the site where Sita was held captive by (Vikram) king Ravana, and where she prayed daily for Rama to come and rescue her in the Hindu epic, Ramayana. On the rock face across the stream are circular depressions said to be the footprints of Lord Hanuman.

On completion proceed to Kataragama via Ella. Ella is the hippest spot in Hill Country. Overlooking the breathtaking views of famous “Ella Gap”, Ella Rock, Mini Adams Peek, and Little Rawana Waterfall, this small family owned getaway gives you the pure pleasure of your vacation in the Hill Country Sri Lanka. Amidst mountains swathed in mist, this homely stay is the ideal retreat for those in search of serenity after a fine days’ adventure in Ella.

Visit Ravana Falls / Ravana Caves. The Ravana Ella Falls and the Rawana Ella Cave are located close to the Wellawaya main road in the famous valley called Ella gap, only about 6 kms away from the town of Ella well known for its splendid views to the Ella gap. The cascading waterfall measures about 25 meters. It is believed that Sita bathed in a pool that accumulated the water falling from this waterfall.

Morning visit Kataragama Temple is a Hindu and Buddhist temple complex dedicated to Skanda-Murukan also known as Kataragama deviyo. It is one of the few religious sites in Sri Lanka that is venerated by the majority Sinhala Buddhist, minority Hindu Tamils, Muslims and Vedda people. Almost all the shrines— and the nearby Kiri Vehera – are managed by Buddhists, apart from shrines dedicated to Tevayani, Shiva (Siva) and the Muslim mosque. On completion proceed to Colombo.

En route visit Dutch Fort at Galle, close to the island’s southernmost point, 173km from Colombo, has the distinction of being the best-preserved sea fort in South Asia. A living heritage site, this 90-hectare (222 acre) attraction is a superb blend of architecture, with fortifications that resemble those in the coastal areas of Portugal. The Dutch and the English colonial styles are evident in the deep verandahs of houses supported by timber or masonry pillars. Originally established by the Portuguese in the 16th Century.